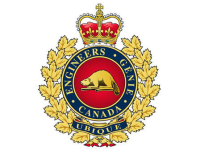 The students were in the demolition portion of their Military Engineer Officer training and were practicing explosive cratering, a task that makes roads impassable through the creation of deep holes. In order to create craters, initial chambers are dug (commonly by driving 2m long steel pipes, called camouflet tubes, into the ground), then the explosives are placed in the chambers and detonated. On the day of the Slesse Range disaster, the students were using a mixture of the military plastic explosive, C4, and a commercial explosive called Forcite (gelatine dynamite). They were in the process of tamping, using a long pole to compact explosives into the pre-dug chamber in order to increase the overall effect when approximately 27 kg of explosives detonated prematurely.

A full coroner’s inquest and a Board of Inquiry were ordered. Dr. Ross, a technical manager of seismic operations for CIL (the manufacturer of Forcite) testified at both hearings. He said the most probable scenario was that was that the camouflet tube, through which the students were pushing the explosives, developed a hotspot. He deduced that the hotspot was most likely created by an increase in heat and friction, caused by using an aluminum tamping rod with the camouflet tube. The additional heat and friction, coupled with excessive force, caused the blockage to detonate. This initial explosion sent a powerful shock wave into the main chamber, which resulted in a sympathetic detonation of the main charge.

The jury concluded that the soldiers died due to an accidental explosion; however, several recommendations were made in order to prevent future incidents. These recommendations included: limiting the use of the camouflet method to create chambers, replacing metal tamping rods with wooden ones, being more selective when choosing potential demolitions instructors, conducting initial demolitions training under close supervision, performing initial training with dummy explosives, and enforcing a 100 percent score on explosive safety precautions exams.

As a result of the accident, many changes were made to initial demolitions training taught by the CF. Training is now progressive, comprising of theory, full demonstrations and practices using dummy explosives, and only then followed by live training. Initial training is done in controlled environments, with one instructor supervising up to four students. Once initiation sets, small charges used to detonate the main explosives, are set up, that ratio is further decreased to one instructor for each student. In order to advise on demolitions and demolition safety, the Explosive Operations and Search (EOS) Troop Commander receives a detailed and rigorous explosive education and training and an Ammunition Technician (AT) Warrant Officer is assigned to EOS Troop. The AT Warrant Officer serves as the Unit Explosive Safety Officer and advises the School staff on technical and safety matters relating to the training and the explosives. The camouflet sets were recently removed from use in the CF and metal tamping rods were replaced with wooden ones.

As the 20th anniversary of this dreadful accident approaches, we are reminded of the reasons for constant evaluation and improvement to our practices and instructional methods in order to ensure and promote the safety of soldiers during training and on operations. Clearly, the lesson learned following this disaster caused several changes to the conduct of demolitions tasks and training. Through a continuous examination of demolitions techniques and training, CFSME strives to ensure that training accidents, such as the one that occurred on 20 June 1988, never again occur.