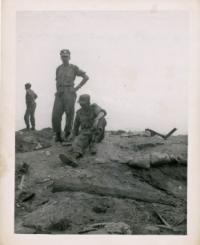 This is an update to an article printed about a year ago.  Since that time additional names have been added to the list.

The Memory Project is a nationwide bilingual project that connects Veterans and Canadian forces personnel with the opportunity to share their stories with Canadians in classrooms and community forums. In addition to our speakers’ bureau, The Memory Project has created a record of Canada’s participation in various global conflicts, including the Second World War and Korean War, through oral interviews, digitised artefacts, and memorabilia.

The Memory Project is an initiative of Historica Canada and is made possible with generous funding from Canadian Heritage and Veterans Affairs Canada.

Here is a list of interviews with Sapper veterans: