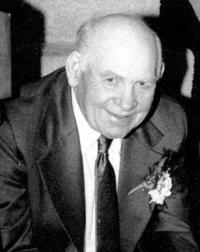 The Canadian Military Engineers are pleased to advise that the Government of France has awarded the National Order of the Legion of Honour to Sapper Kenneth Pratt, a WW II Royal Canadian Engineer veteran and a participant in the Battle of the Liberation of France.

Ken Pratt volunteered for military service in July 1940 in Prince George BC at the age of 21. He was assigned to the 7th Field Company, Royal Canadian Engineers as a Sapper and embarked for the United Kingdom after he had completed his basic sapper training at Petawawa. His first encounter with enemy fire occurred in Britain in 1940 when the train he was disembarking from was machine gunned by a German plane.

His Company trained in the UK at Farnborough, England then Ditchling in Brighton and then for three months on the Isle of Wight in preparation for the Dieppe raid in France. For Dieppe, his Company underwent explosives, commando and night training in preparation for tasks of demolition, mine clearing and other skills to help the infantry to advance.

Ken took part in the Dieppe Raid (Operation JUBILEE) on 18-19 August 1942. He was on a barge with 7th Field Company and a tank assigned to demolish a bridge as their primary target or to take out a communications post as a secondary target. The barge came under fire on approach to the beach with men being killed by bullets ricocheting inside the landing craft walls even before landing. The sappers carried large packs with explosives for demolition rather than weapons and thus became targets for machine gunners located in hotel windows above the beach. Ken remained with the tank that had been disabled on the beach until the order for evacuation was given. The first barge that Ken boarded for evacuation was sunk but the second barge survived attack and was towed back to New Haven, England. Ken was one of three out of the sixty men in his barracks who returned after the raid - the remainder either killed, missing, captured or wounded in action.

The Company was then reassembled and continued their training in Scotland and England in preparations for an eventual invasion of the Continent. Ken trained to drive and operate an air compressor equipment truck with the Company. He remembers demonstrating the truck and its equipment to the Queen Mother Queen Elizabeth during an inspection.

The Company landed in France after the first wave of D-Day landings in June 1944 and soon saw action in the battle for Caen as part of Operation OVERLORD. As part this battle, Ken’s Company was responsible for mine clearing, bridge building and other support for advancing infantry. The Company faced fire from German troops and conducted forward operations under covering fire from advance infantry.

As part of the battle of the Falaise Pocket, Ken’s Company operated with the Black Watch pushing the Allied lines forward as German troops retreated. In one encounter with German troops who remained in place to harass the advancing Allied forces, Ken was driving the rear air compressor equipment truck in a night convoy. When the convoy stopped unexpectedly, Ken went to a ditch and found it full of armed German soldiers ready to ambush the convoy. He immediately emptied his machine gun along the ditch. In the ensuing battle, the Germans captured the convoy and killed the Commanding Officer. With several other men from the convoy, Ken was able to make his way across a field to cover under heavy German fire. They spent the night and the next day in a large bramble bush as German troops retreated around them. When attempting to return to Allied lines the following night, Ken was wounded in the leg by machine gun fire. Some shrapnel from the wound was removed in a field hospital and Ken was then evacuated to Britain for recovery.

After his recovery, Sapper Pratt returned to Northwest Europe as part of a Pile Driving Company in Belgium and Holland. He was in Apeldoorn Holland when Germany surrendered. He had volunteered for continued service in the Pacific Force before the surrender of Japan ended the war in the East..

Ken currently lives in Smithers BC and is eagerly looking forward for information on arrangements for the presentation of this honour.