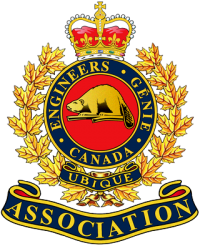 Last week on the 28th and 29th of November the CMEA hosted a very successful two-day conference at the Army Ottawa Officers’ Mess.  The theme of the conference was “Strong, Secure, Engaged – Canada’s New Defence Policy and the Engineers.”  Day One comprised formal presentations and discussions that examined the impact of the 2017 Strong, Secure, Engaged Defence Policy (SSE). And Day Two was a business meeting of the CMEA.

The first day started with Brigadier-General Derek Basinger, Director General Capability and Structure Integration, providing an overview of SSE.  So the conference received the “official line” on the policy to provide a good foundation for the discussion generated by four panels.  Each panel was led by a senior well-experienced retired officer with three knowledgeable presenters.

Immediately after lunch, Major-General Sylvain Sirois, COS ADM (IE) and Chief Canadian Military Engineer, gave a presentation on the state of the Engineers.  His view is that the CME is in good shape with our capabilities being recognized and celebrated.  The leadership is strong with many of our senior Engineer officers occupying very key Canadian Armed Forces leadership positions.  Examples include Lieutenant-General Christine Whitecross serving as Commandant of the NATO Defence College in Rome and Lieutenant-General Paul Wynnyk who is the VCDS.  In addition, a number of Engineer CWOs are being selected for challenging and important senior leadership positions such as CWO Alain Guimond, The Canadian Armed Forces CWO.

The day wrapped up with a reception in the “Stables,” the lower bar in the Army Ottawa Officers’ Mess.

The second day of the National Conference was dedicated to CMEA business.  Colonel (Ret’d) Richard Dickson took over Presidency of the Association from CWO (Ret’d) Kevin Patterson.  Kevin, unfortunately, was not present as he is working in the Arctic at the present time. Richard provided the CMEA Annual Report.  The Treasurer’s report was very positive with the Association in good financial shape.  The National Registrar, John MacPherson, reported on the state of membership. The VP Corporate Liaison, Dave Carney, reported on Op SAPPER CLAUS and the various Affinity Programs that support the CMEA.  Ken Holmes, VP Heritage and History, reported on the state of a number of associated activities.  Chapters each had the opportunity to make a presentation on the activities and state of their respective Chapters.  After lunch, the new President led a good discussion on the Way Ahead for the CMEA.

The conference came to an end in the afternoon, but many of the conference attendees went to a very crowded, lively, and enjoyable National Capital Region CME Fall Dinner on Thursday evening.  All in all the conference was a success with good representation from the Chapters across the country.  Planning for the next National Convention will start once the dust settles on this one.