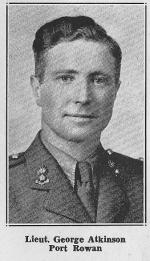 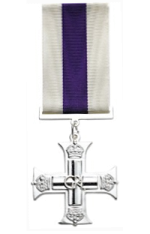 By late July 1943, the Allied forces in Sicily were tired and General Montgomery called a halt for all but the 1st Canadian Division. Their task was to open the way to the strategically located town of Adrano, but before that stood the well-fortified hill town of Agira. With Mount Etna overlooking their advance, they pushed hard and after five days of heavy fighting by the 1st and 2nd Infantry Brigades, Agira fell.  It was the biggest battle to date for the Canadians and cost 438 casualties.  Meanwhile, the 3rd Brigade with the 4th Field Squadron in support moved directly towards Adrano with the intermediate objective of Catenanuova. The challenge here was to establish a bridgehead across the Dittaino River, near the town, so that follow on British division could take up the advance to Adrano.

From 'The History of the RCE, Volume II":

"The attack went in just before midnight 29 July behind a heavy barrage. A part platoon of the 4th Field Company moving with each of the Royal 22e Regiment and the West Nova Scotia Regiment. The initial assault was quite successful; indeed the defenders of the village itself took to their heels. But there was other and determined opposition from commanding positions and particularly from a high spur to the south-west.

The river bed was swept by fire all during the 30th.  Bulldozers (a D-4 and a D-6) went forward at 0130 hours together with other parties of the 4th Field Company. The construction of crossings was attempted in two places but mortar and shell fire stopped the proceedings. Efforts were concentrated on one of these sites at first light and the job was about 25 per cent complete when the sappers were pinned to the ground — machine-gun and rifle fire being added to the rest.

Lieutenant R. O. Riley was wounded and, because of the fire, he could not be evacuated for some time. A new site for the crossing was chosen about noon. Lieutenant G. E. Atkinson and his platoon cut down the steep banks and graded the rough bed. By 1900 hours a route was available to get close-support weapons over to the now hard-pressed infantry. All afternoon the platoon had worked under mortar and machine-gun fire. In the end, Atkinson had had his left arm blown off below the elbow and his right mutilated, but he continued to lead and encourage his men until the task was complete and the other casualties evacuated. He won an immediate award of the Military Cross. The 4th Field Company had now lost four officers — all in 12 days. Seven other ranks were wounded in this one operation.

On 30 July 1943, 3 Canadian Infantry Brigade was attacking Catenenuava. Lieutenant Atkinson's platoon was detailed to make a crossing over the dried river bed to the southwest of the town in order that close support weapons could get across to support the attacking infantry.

This officer organized and led his platoon in a very gallant manner. His personal example of courage was largely responsible for the successful completion of the road, although the work was carried out under continuous mortar and shell fire. As the task was completed, this officer lost his left arm and suffered mutilation of the right arm. In spite of this, he continued to command his platoon until all other casualties and the rest of the platoon were evacuated.